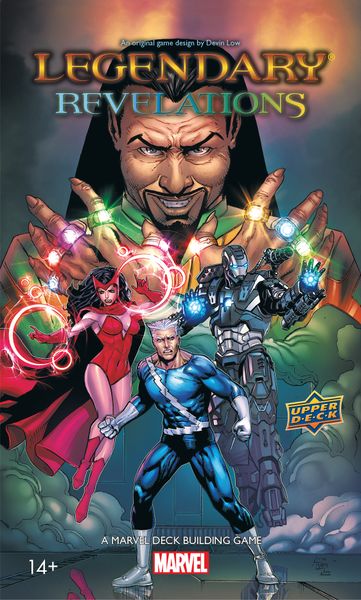 Another expansion for the successful Marvel: Legendary series is coming out in August. This time, we will have heroes like Scarlet Witch, Quicksilver and War Machine joining our ranks to battle the mastermind The Hood, among others. The set will also feature the Mandarin, which looks like a really cool Mastermind with some fresh ideas. When it comes to villain groups, the set will feature cool villains like the Dark Avengers.

There will also be a TON of added mechanics;

This set will have 200 cards, so it's a big expansion, and the cards will be distributed this way:

Confirmed Masterminds: Mandarin, The Hood, and Grim Reaper. These will be double-sided. Oh yes.

This expansion is out, get it on Amazon or eBay

should cost about 20 dollars.

This one takes place on "Planet Hulk", obviously starring more Hulk characters, which is always good, and villains like The Red King and The Sentry. It also introduces a couple of new mechanics.

The secret war expansions or thematically not for everybody, but they sure bring A LOT of cool characters, villains, schemes, bystanders, masterminds, etc to the mix. Who doesn't want to wreak havoc with The Captain and the Devil or Black Panther? Who doesn't want to defeat the Spider Queen? We challenge you to defeat Zombie Green Goblin with a decent scheme. Good luck.

Revelations should cost around 20 bucks, check it out at these online stores