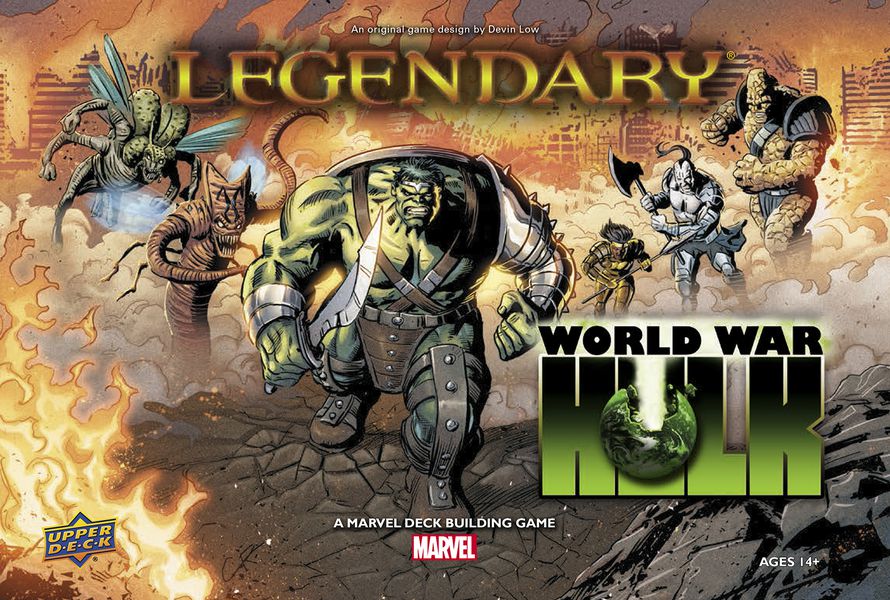 There are 15 new Heroes in this set, all with the new Transform mechanic.

There are 6 of them in World war Hulk, and they all have the ability to Transform. They also bring some other new ideas to the game, like The Red King for an example; you cannot fight him while there are any villains in the city.

There are good guys and bad guys among the villains, depending on what scenario you are playing, you have the opportunity to do really interesting stuff from a thematical standpoint.

You are in luck, Gamenerdz has this on sale at the moment for 26 bucks.