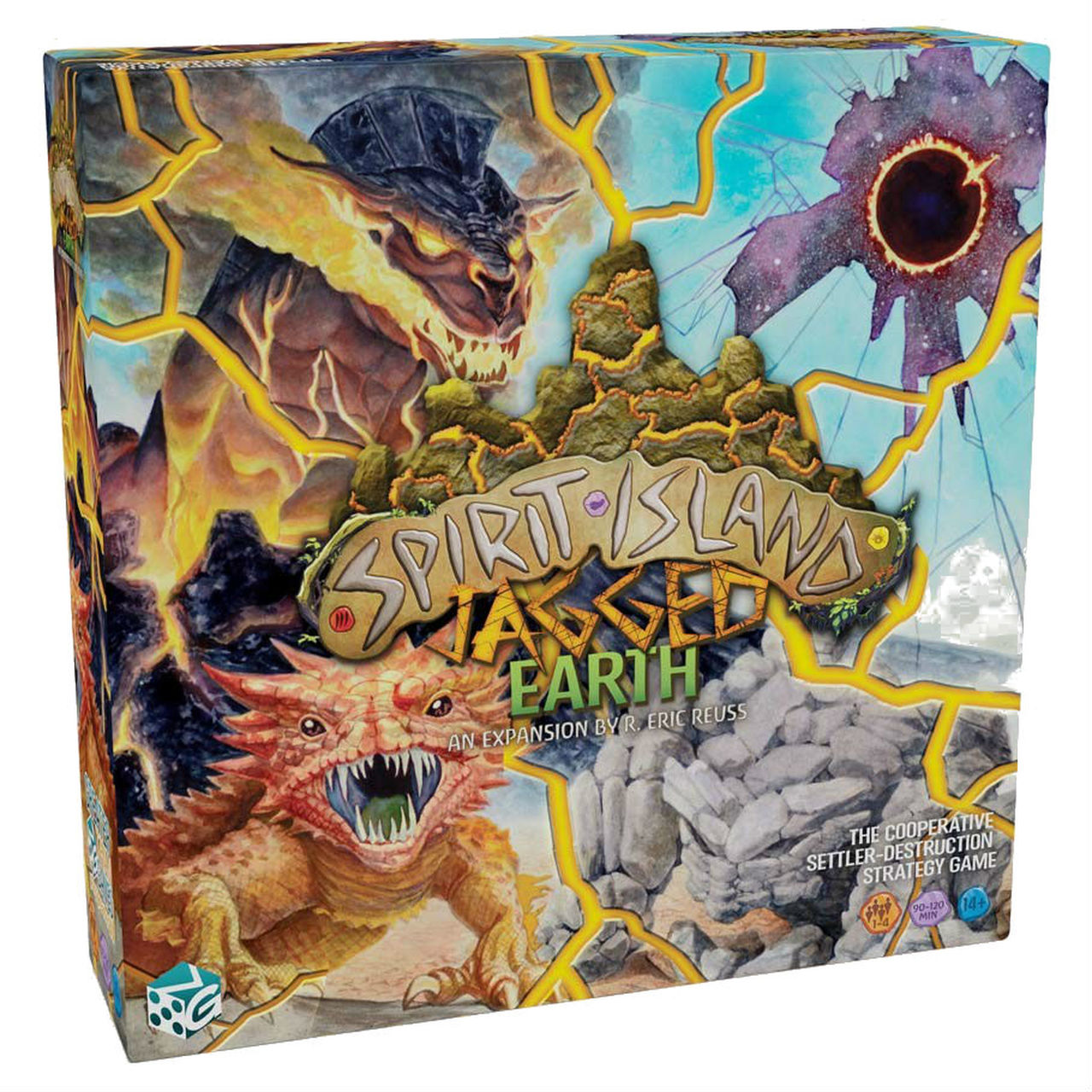 An expansion for the awesome coop game Spirit Island is on its way. It's called Jagged Earth and like expected, it will contain new spirits, power cards, adversaries, etc. But it will also contain some new stuff, like badland tokens, which is a new way to fight the invaders. It also contains components for adding a 5th and 6th player to the game.

Peril racks Spirit Island. The invaders are more numerous and more capable than ever before. As hope begin to fade, defense of the island falls to those spirits more in tune with the danger and chaos of the natural world. Will you be able to harness their power to protect the island or will it fall to the persistence of the invaders? Whatever the outcome, Spirit Island will never be the same after the time of Jagged Earth!

This sure sounds like an awesome expansion for Spirit Island, containing pretty much everything one would want. Spirit Island: Jagged Earth release date will be around June, but in these Corona infested days, who the hell knows? Meanwhile, pick up the base game here. It should cost around 55 euros/dollars.