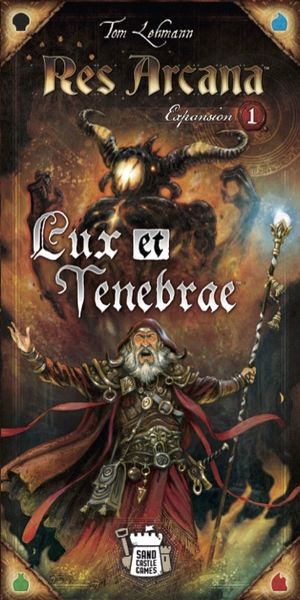 An expansion for Thomas Lehmanns Res Arcana is in the works. It's called Res Arcana: Lux et Tenebrae and is due sometime later this year, probably arriving before Christmas.

Beastmaster, Bard, Demonologist, and Diviner, let's have a look at the first two, shall we.

Crystal Keep, Temple of the Abyss, and Gate of Hell confirmed so far. Here's the Temple:

At least 7 new demons, 1 dragon, and 1 beast, The Golden Lion.Here's two of the Demons:

Inscription and Illusion, looking forward to more information on these!

Scrolls are one-time usable items added to the game for better scalability.

You can preorder this at Gamenerdz below for about 16 bucks. Do it. Do it.