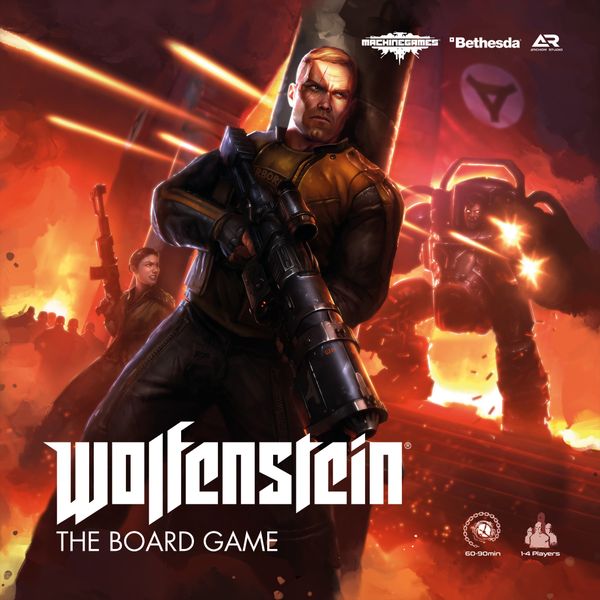 Another miniature game is on Kickstarter, this time around well will return to Castle Wolfenstein, you know, the same as that PC game that came out some 30 years ago.

Wolfenstein: The Board Game will revolve around moving miniatures around on a board (the castle) while trying to defeat the game's AI mechanisms. Depending on the chosen game, players will encounter Nazi zombies, mechanized Nazis, among other stuff. The set also contains an iconic from the original PC game, Mecha-Hitler. (Eeeeeva, auf wiedersehen!!)

The players will be taking control of resistance fighters with different skills and must work together through different scenarios to kill hordes of Nazis, explore the castle, all to defeat the sinister plans of Adolf Hitler and his henchmen. Boss fights are to be expected.

The publisher has made it clear that this more content will be available in future expansions. Obviously.

Wolfenstein the Board Game is currently being kickstarted, check it out here.