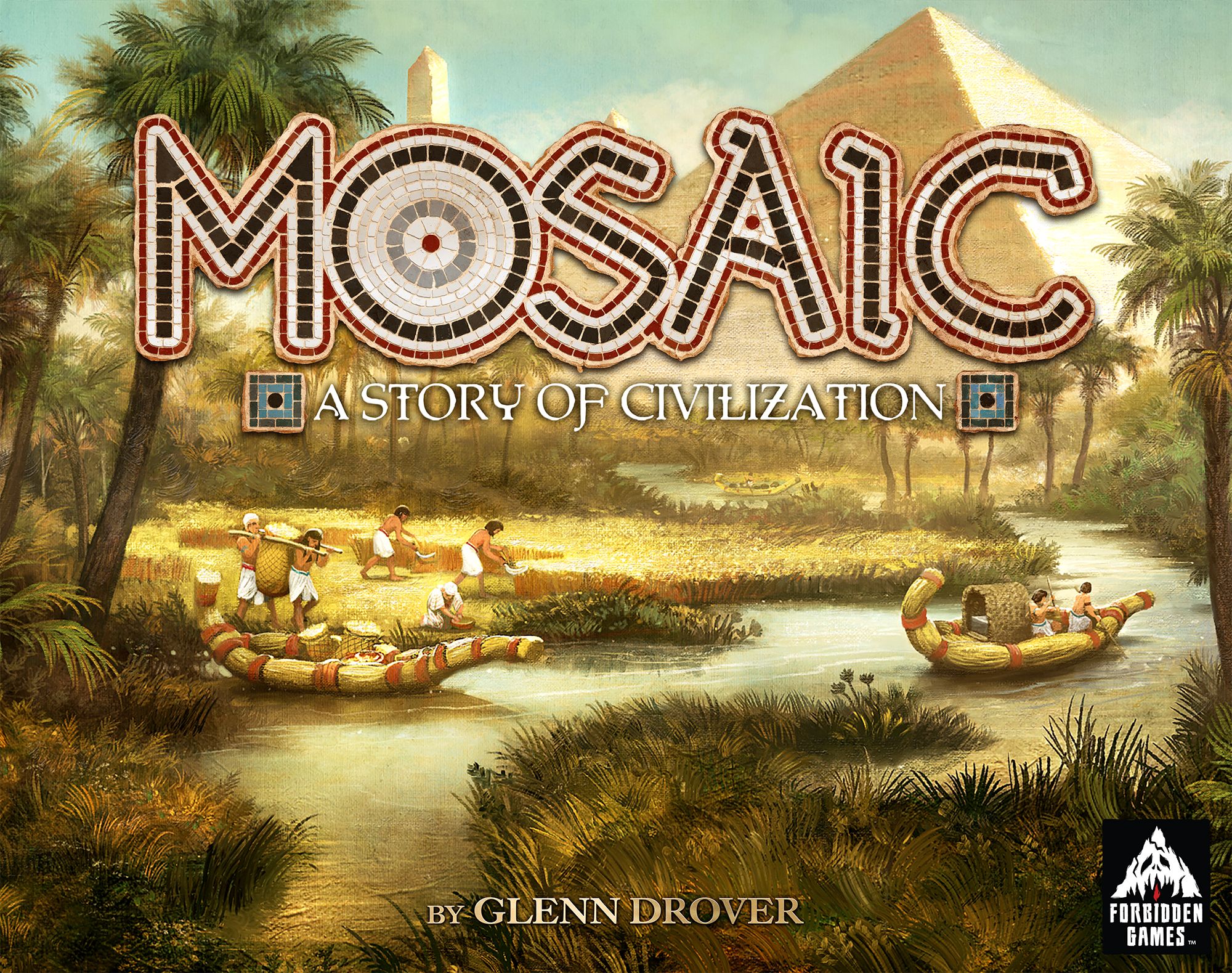 A Civilization game is in the making and is being Kickstarted in May, it's called Mosaic - a Story of Civilization. It's designed by Glenn Drover, the designer of hit games such as Age of Empires III, Railways of the World, Sid Meier’s Civilization The Boardgame, and Raccoon Tycoon. Let's check it out, shall we?

According to the publisher, Mosaic will contain all of the classic elements of a great civ-building game; Building new cities, epic projects, and powerful wonders; researching new technologies that give each civilization a unique abilities and advantages; creating a vibrant economy; and expanding an empire across the map. The main gameplay mechanics are action selection/ card drafting, engine-building, and victory point acquisition via multiple sources and combinations. The design allows the game to be fast-play, with almost no down-time, but still have great depth and many different viable strategies.

Mosaic - A Story of Civilization will contain over 150 pieces of original artwork by an all-star team of the most talented artists, including Annie Stegg, Jacoby O’Conner, Jared Blando, Grzegorz Pedrycz, Jessica Riola, Hendrik Noack, Erica Rossi, as well as hundreds of miniatures (city, farm town, manufactory town, port, citizen, infantry, cavalry, siege engine, and nine wonders). This is going to be a thing of wonders, for sure. I mean, take a look at these images:

The designer has this to say about the new game;

> Since my days at MicroProse, when Sid Meier first designed his classic take on the Civilization genre, I have been obsessed with civ-building games”, explained Drover. “I’ve always wanted to create one that blended all of the aspects of that great theme, yet was streamlined enough to finish in 2 hours.

It's quite interesting to know that Glenn actually has been with the concept of Civ game from the very start. Waaay back, and has worked with Sid Meier himself.

Did i mention the game is being Kickstarted? Pretty sure i did, in fact the Kickstarter starts at the 11:th of May, and here is the link: Mosaic the board game Kickstarter.

I have an idea, while you wait for the Kickstarter, why not check out Glenns excellent Railways of the World?