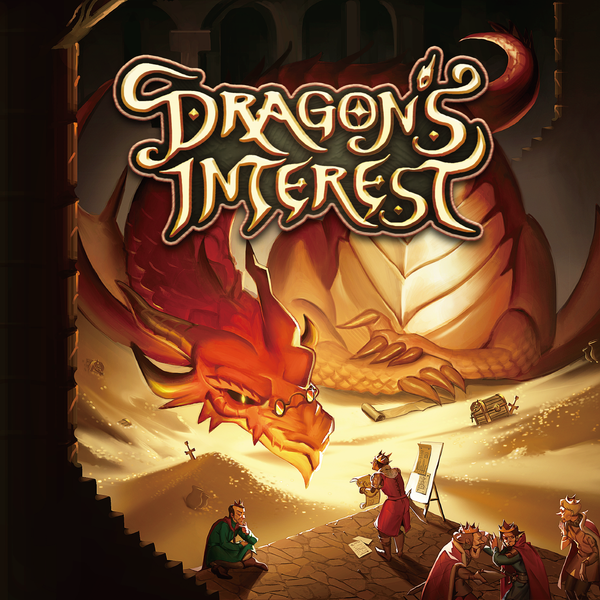 Tasty Minstrel Games are planning a Kickstarter release for an interesting (!) game, Dragon's Interest. In this game, the players take the roles of Kings and Queens in dire need of money to restore their broken Kingdoms which has been ravaged by war.
But there is no money to be found, except in the Dragon's Lair. He is reasonable, he will lend you some money, with an interest....

Of course, you must be able to pay the dragon back, or he will reduce whatever is left of your kingdom to smoking rubble.
Talk about being down shit creek with no paddle.

The game will be built around auction, card drafting, set collection, and trading. The designer is Jesse Li, the man behind Ponzi Scheme among other titles. Sounds like good times to us!
Update 2019-05-21 The Dragon's Interest Kickstarter is now Live.

Here's a great vid of how you play Dragon's Interest: