The Symbiote Bonds mechanic is used more dramatically with the Life Foundation villains; 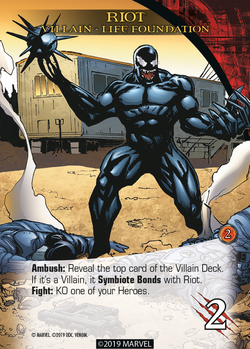 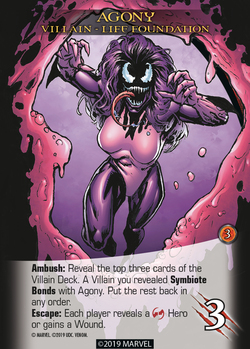 Some new artwork gives us some clues on new heroes/villains. These two looks like Dr Strange and Rocket Racoon, in venomized versions. These are now confirmed.

This expansion should be out in the stores by now, and you can pick it right here!

This one takes place on "Planet Hulk", obviously starring more Hulk characters, which is always good, and villians like The Red King and The Sentry. Also introduces a couple of new mechanics.

The secret war expansions or thematically not for everybody, but they sure bring A LOT of cool characters, villains, schemes, bystanders, masterminds etc to the mix. Who doesn't want to wreak havoc with The Captain and the Devil or Black Panther? Who doesn't want to defeat the Spider Queen? We challenge you to defeat Zombie Green Goblin with a decent scheme. Good luck.