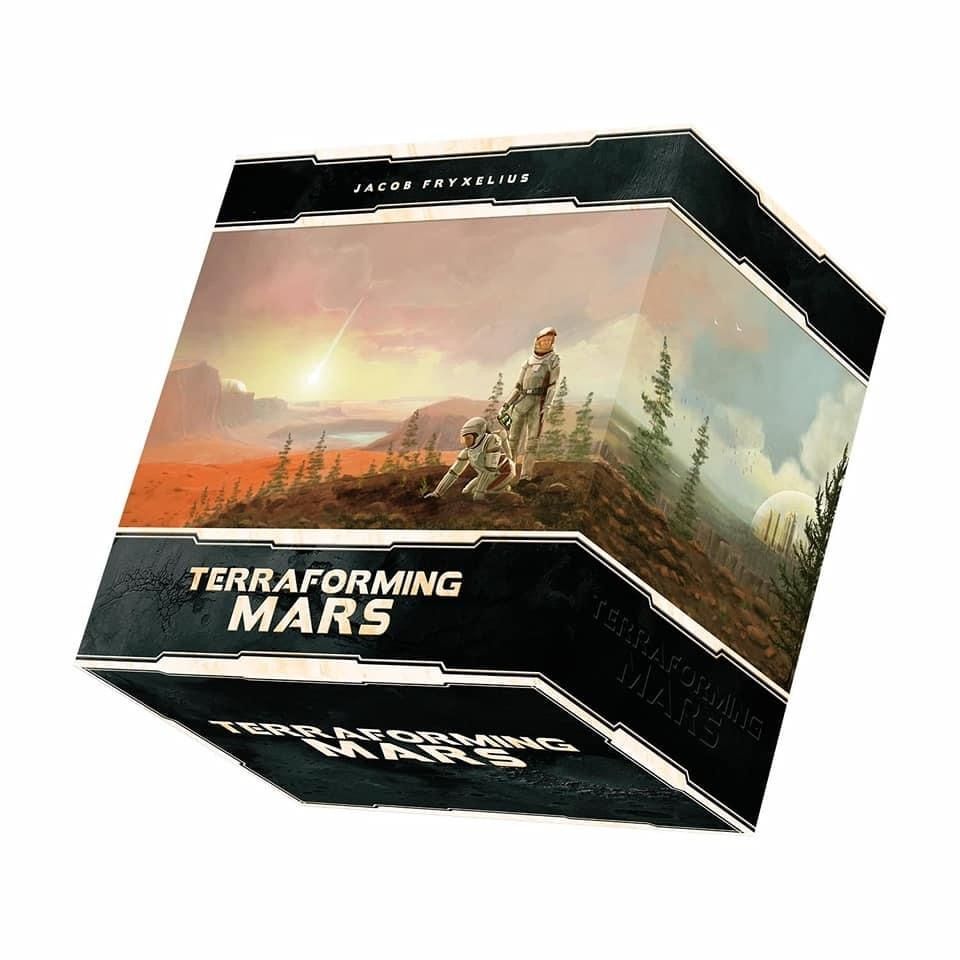 The long-awaited "big box release" for Terraforming Mars is going to be on Kickstarter in the near future (It's now live, link below). But what does this mean? Well, let's find out.

The details are not 100% clear at this point, but here's what we know so far;

All of the above sounds nice, especially if it is in a deluxe type of fashion. But it also leaves us a bit puzzled, one would expect new cubes as the ones in the game are quite low quality, one would expect nice sturdy inserts, on would expect dual-layer boards (even though previously released in the Turmoil campaign, but not everyone backed it, and rightfully so), etc.
Maybe these will indeed be included, maybe they will be stretch goals or add-ons.

Hopefully, there won't be enough "expansion stuff" to prompt people who already have a nice storage solution, 3D tiles, and all the expansion to buy this, as that would be crazy. There's also the question as to when and if this will be released outside Kickstarter. The Kickstarter is now live.