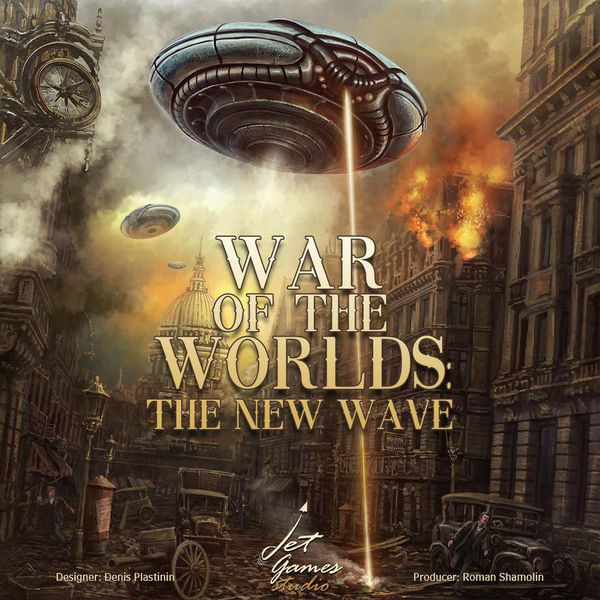 A new, exciting card game is currently on Kickstarter; War of the Worlds: The New Wave designed by the fairly unknown designer Denis Plastinin and is being published by Grey Fox Games.

The game events unfold several years after the original 'War of the Worlds’ story by Herbert Wells.
Extraterrestrial invasion occurs again, but this time the Martians arrived on a giant spaceship which lands in one of the backwater districts in Scotland.
During the game one player commands the alien forces, and the other one becomes a leader of UK self-defense units. The main objective of the invaders is to completely annihilate the population of Great Britain, while the opposite side needs to deal enough damage to the Martian army.

The game is played with 2 asymmetrical decks of cards, a playing board, tokens and miniatures.

So whats so special about another Kickstarter? Well the price for one, and the components for another. Gameplay sounds awesome for a third! :)

The Kickstarter campaign also have an expansion in it; War of the Worlds: The Irish Sea expansion